In the previous post, I mentioned Prime Minister of Japan, Shinzo Abe, is about to leave the office due to responsibility for appointing Hiromu Kurokawa as General Attorney, who is publicly criticized to playing Mah-jong for money with his closest journalists. Yesterday, Shinzo Abe appeared in front of journalists and admitted his responsibility in this regard, but didn’t announce his own resignation yet. Some experts thus argued this could be a typical political feint operation against the oppositional high-ranking attorneys, who shall be take responsibility for this matter as the leadership of Ministry of Justice in Japan.

For our institute, it actually doesn’t matter whether Shinzo Abe will resign or stick to the power. For us, the point is which risk will turn out to make the Japanese and global financial markets sharply fall on ca. 27 May, 2020, from which they will rather rocket and recover dramatically all through the first half of the forthcoming June. There are, as I explained beforehand in latest pots partly, three candidates of such risk factors: Resignation of Japan’s Prime Minister Shinzo Abe, domestic and military turmoil in PRC along with Hong Kong and Taiwan, and, last but not the least, abrupt breakout of military conflict(s) in Middle East particularly with Saudi Arabia. Well, let’s wait and see a little bit to check what will take place in the next week, which could potentially lead us to the beginning of the “Gnostistic Revolution” of the entire world.

By the way, do you know who decides when Japanese Prime Minsiters shall resign in the political reality of Japan? Of course, according to the Japanese constitutional law, only PM is entitled to make up his mind to leave the office. Nobody can and may force him/her to do so, at least constitutionally. Nevertheless, until the period of the former PM Jun’ichiro Koizumi, another traditional, de facto constitutional rule of Japan was valid. It says not PM himself but His Imperial Majesty, the Emperor of Japan reserves the final voice to make such a decision. This was the case indeed, even though any “political intervention” by the Emperor of Japan is constitutionally prohibited in the postwar period. As far as I was informed by those who belong to the historical human network of “Satsuma” (Kagoshima) and are closely connected to affairs inside the Japanese Imperial Household, Jun’ichiro Koizumi made his resignation public in 2006, just after the then Emepror of Japan, Akihito, was said to have whispered to the third person it’s about time Prime Minister Koizumi says good-bye to his office. Despite his high and large remaining popularity, Jun’ichiro Koizumi suddenly announced his final decision in due course. 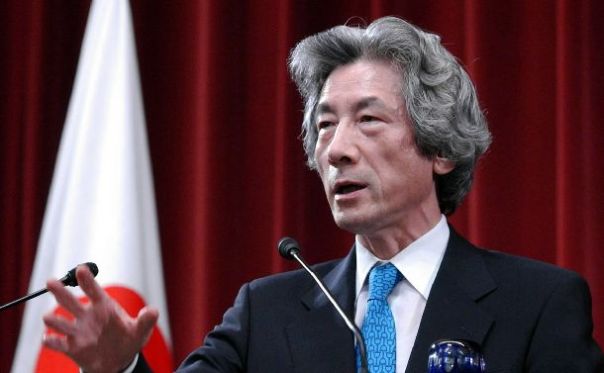 Now that you’ve got learned this arcanum of the Japanese domestic politics in the post-war period, you may wonder how about the situation we’re currently facing in connection with Prime Minister Shinzo Abe & Co. What does the Emperor of Japan, Naruhito, think about the acute necessity to stabilize the Japanese society in the Post-COVID 19 phase, when the domestic political leadership shall be refreshed for a new era? Why the Emperor and Empress didn’t release any public announcement to ease the pain of the Japanese nation in the midst of the latest COVID-19 crisis? Why doesn’t/can’t His Imperial Majesty follow the above-mentioned de-facto but established rule of the Japanese highest domestic politics to say “NO” to various failed and oligarchic policies of Prime Minister Shinzo Abe?

We Japanese unconsciously assume the very hard core of Japan’s constitutional law, the status and existence of the “Emperor” as such, will be neither changed nor replaced so far. However, the “Gnostistic Revolutoin” covers, by definition, everything on the earth. Having remembered that, we’re about to become aware of what will take place, particularly in the Japanese Imperial Household very, very soon (at latest the year of 2022). Stay tuned.