I’m just flying with ANA to Okayama. I’ll give a lecture to employees of one of the most important corporate clients there, which is now trying to drastically widen its business abroad.  Today’s trip is just a one-day trip. Hopefully, I won’t be exhausted on the way back to Tokyo with a JAL flight…

In the very first post of this newly opened weblog, I asked you, dear readers, whether we can anticipate what will occur in the future. Furthermore, I indicated something significant would happen on October 10, 2013, which would lead to an apparent “sea change” both in the market and in the politics.

Actually, I applied the following two steps to reach such a tentative statement:

-Thanks to one of my closest alliance partners, known as “HKD” on this blog, his comprehensive, statistical analysis of the Nikkei 225 index clearly shows the date of October 17, 2013 would be a critical.

-Based on this hypothesis, I begun to analyze what could be observed in open sources. This process called “Open Source Intelligence (OSINT)” told me this date is quite important because of the US federal debt ceiling. While the financial market fell due to fear of a possible default of the USG at that time, I concluded the market would go up on the next sea change of October 17, 2013 dramatically.

The reality is 1) the US congressmen finally succeeded to reach an agreement to avoid a default till February of the next year, and 2)the seven party-talks on Iranian nuclear issues was held for two days and alledgedly “successful”. Due to these positive factors, the market has obviously risen on October 17, 2013 (JST). 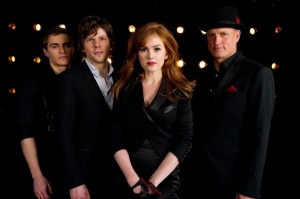 Now, you see me, a truimphing OSINT analyst! We can predict the future very precisely in accordance with this methodology, which you can find only in Japan so far.

Mr. “HKD” sent me the following statistical analysis of the Nikkei 225 index as the next step:

It apparently shows something significant would reverse the current going up trend in the financial market. The question is, of course, what would happen then.

At least till the date, the (stock) market will sharply rise, which will surely attract the people to investment. However, please make sure the next sea change should be a negative one. What will be up then? I personally believe a decisive trend change would come in the course of the second week of November, rather than on such an earlier stage.